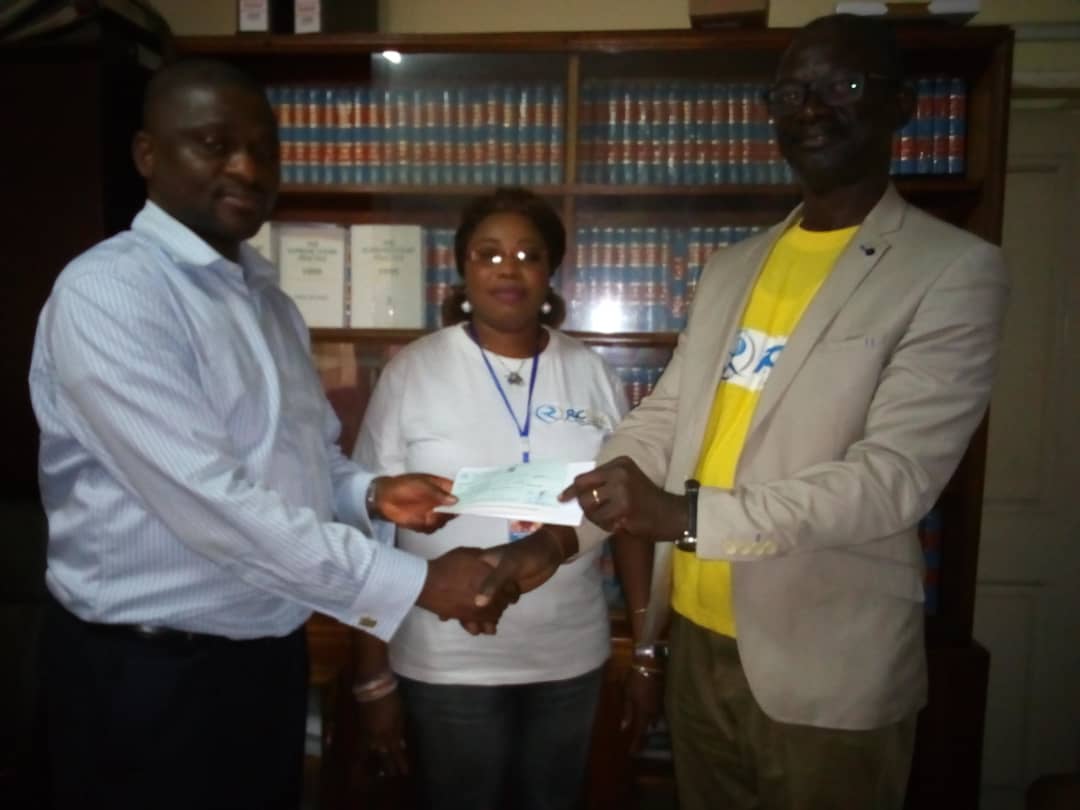 Receiving the cheque on behalf of members of the Premier league Board (PLB), Emmanuel Saffa Abdulai said he is grateful to the management of RCB for their support in the reviving process of Sierra Leone football.

He promised that the PLB will use every dime of the money presented for the league's use and further called on other cooperate houses to follow suit the steps put forward by Rokel Commercial Bank in the promotion of national development.